AR37 ENDOPHYTE IS YOUR KEY TO BETTER PASTURE PERSISTENCE AND PRODUCTIVITY.

AR37 is the only novel endophyte that gives proven ryegrass protection against porina caterpillars.It has three stars on the insect control table (see www.ar37.co.nz) indicating that it provides Good control: AR37 markedly reduces insect damage under low to moderate insect pressure. Damage may still occur when insect pressure is high. Moderate pressure occurs at levels up to approximately 100 porina /m2 or 4 porina per standard spade. Pasture production is reduced when 20 - 40 porina /m2 are present. At this level they consume the equivalent amount of dry matter at 1 SU. Higher porina numbers cause plant deaths in unprotected pastures. At 100 porina/m2 and greater high to extreme pressure is exerted on the pasture which AR37 alone cannot protect against.

No endophyte prevents porina moths laying eggs in pasture. However caterpillars that hatch from eggs in an AR37 pasture will be killed if they eat AR37 infected grass. In mixed pastures other plants may provide a safe feed source and this means porina are often found at low levels in pastures based on AR37 ryegrass, but the endophyte is still working and will deter and poison the caterpillars. No other ryegrass endophyte provides this level of protection against porina.

Ryegrass with AR37 has better persistence; and yields on average 12% more drymatter nationally than the same cultivar with standard endophyte. AgResearch trials over three years in four locations produced an average of 12% more drymatter nationally from a ryegrass with AR37 compared to the same cultivar with standard endophyte.

AR37 endophyte is not suitable for deer or horse pastures.

Base Tetraploid Perennial Ryegrass with AR37

Overall Conclusions of the DairyNZ Trial after 4 years.

A three year Dairy NZ trial run on Scott Farm (Waikato) aimed to measure ryegrass persistence and pasture yields and to assess any effects of AR37 endophyte oncow health and milk production. One perennial ryegrass variety infected with AR37, AR1, standard (HE) or without endophyte (Nil) formed the bases of four pastures. In the fourth and final milking season white clover was removed to test the effect of endophyte/ryegrass association in isolation from any effect on clover content of pastures. The following bullet points summarise these results from the four seasons.

AR37 ryegrass was clearly more persistent than either AR1 or standard (HE) ryegrass. This supports findings from previous work. The greater persistency translated into a reduced need for renovation of AR37 pastures after the 2008 drought, but in the three years before that time there was no difference in total pasture yield.

There was no sign of ryegrass staggers or any other animal health issues in cows grazing AR1 or AR37 pastures - even at times when cows grazing HE were affected by ryegrass staggers.
With ryegrass/white clover pastures, there was a trend for slightly lower milk solids (MS) production over summer from cows grazing AR37 or HE compared with AR1. With pure ryegrass pastures there were no significant differences in milk solids production.
These results suggest that the higher clover content of the AR1 mixed pasture was a contributing factor to the observed milk solids production differences. Where pasture persistence is the top priority then AR37 will clearly deliver benefits.

Where persistence of AR1 ryegrasses is not a problem, continuing to sow AR1 is advised. DairyNZ can not envisage any situation in which farmers should sow standard (HE) ryegrass. 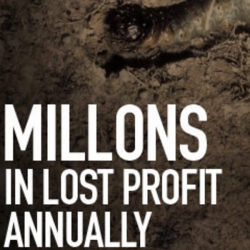 Visit ar37.co.nz for more information including trials in your region. 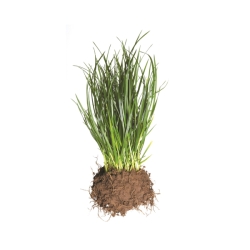 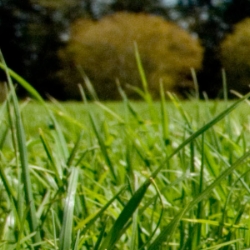 Read about sowing and establishment of new pastures.